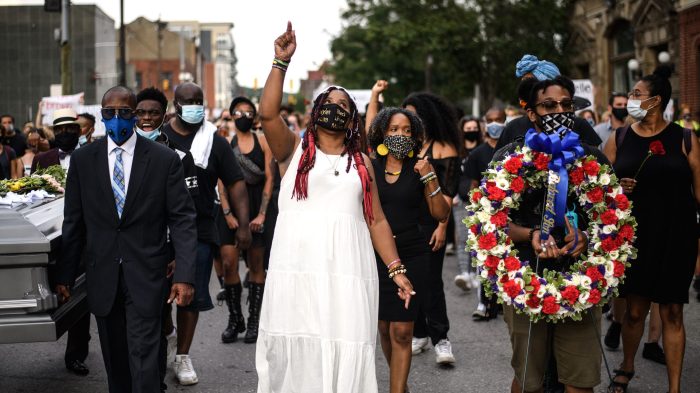 Dannielle Brown appeared on my screen surrounded by a blue sky. Outlining her figure over Zoom was a picture from the window seat of an airplane. She took it on her way to North Carolina when she recently visited her son's resting place. She said, “I feel close to him up there in the clouds.”

It has been 100 days since Dannielle has eaten. Her hunger strike began on July 4th, 2020 when she set up camp on the historic Freedom Corner in the Hill District. Her son, Marquis Jaylen “J.B.” Brown, died from injuries sustained in a fall from the 16th floor of Brottier Hall on the Duquesne University campus in 2018. This mother is demanding action to ensure another student does not face the same fate as J.B. She is willing to die before she allows the school to successfully sweep away questions about her son’s death. Mama Brown, as those close to her know her, has taken up the fight for her child and she will see this fight to the end.

Campus Police were called to J.B.’s dorm room after receiving complaints that he was acting erratically and needed help. Duquesne’s version of the story asserts he was smoking weed with friends and playing PlayStation before returning to the dorms on the night he died, conveniently leaving room for speculation as to his state of mind when campus officers arrived. Dannielle pointed out, “Every time there is something involved with our black youth or our black people period, what you hear is ‘They were on drugs, they were high.’” She is right, it sounds like Reefer Madness bullshit. The school’s investigation concluded no breach in protocol and washed their hands of the matter. The campus officers responding that night did not have the training nor the ability to help a student in crisis. It’s convenient that university police do not use body cameras that could have answered the painful questions of a grieving family. J.B. paid for their lack of expertise and institutional neglect with his life. 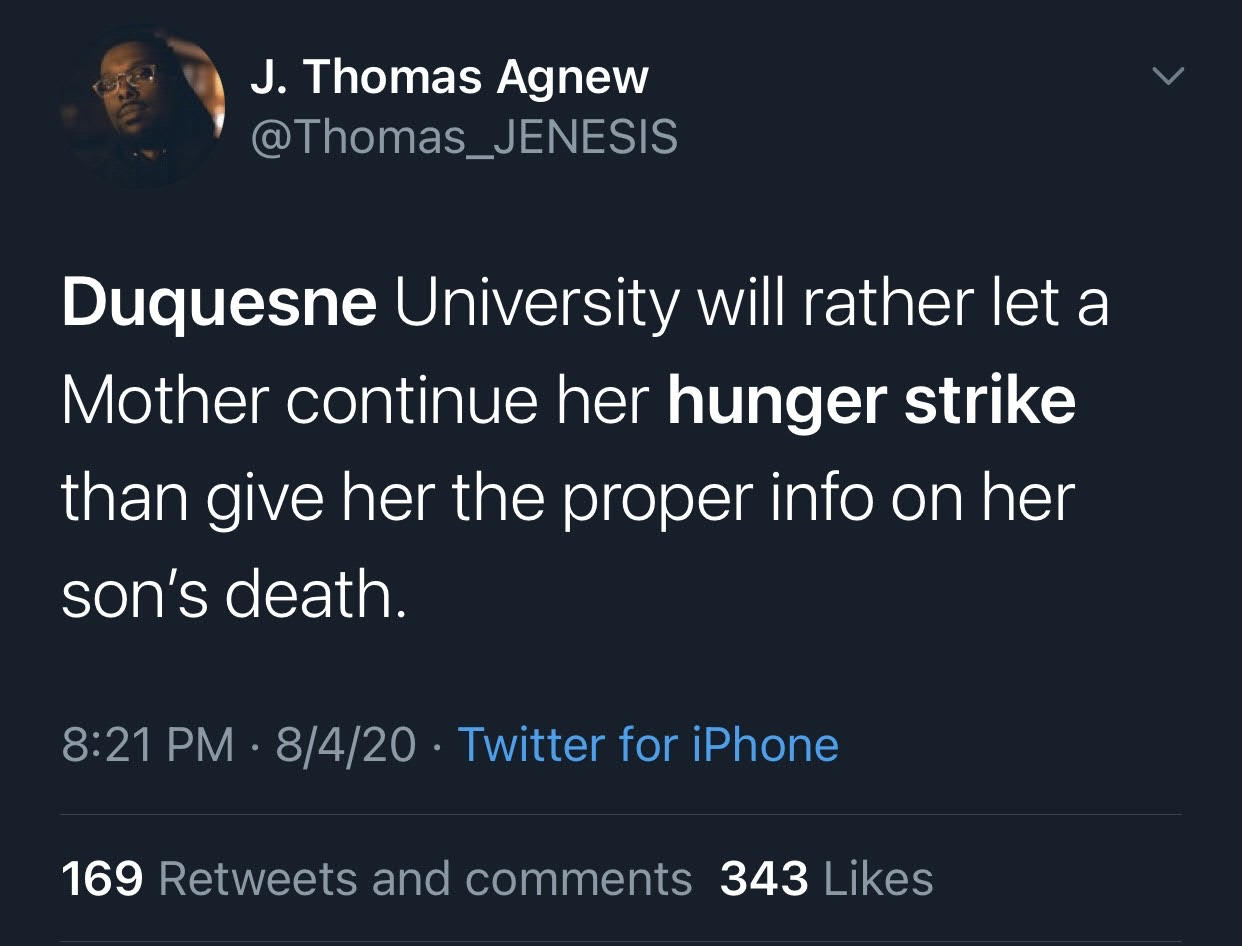 Dannielle wrote several letters to the university specifically demanding the use of body cameras for all campus officers, even going so far as to offer a contribution of $1000.00 from the family to supplement the funds. The university refused her donation. “They told me to take my funds and invest it elsewhere in another initiative for the school. I do not want Duquesne to dictate where my funds go.” On September 25th, 2020, two long years after the death of J.B., Duquesne University announced they have ordered body cameras, but the statement makes no mention of Dannielle’s push to hasten the implementation of the cameras as well as a review of campus police protocols.

As of today, the cameras have been ordered. The school says they requested expedited shipping which is ironic considering the lack of urgency from the school to commit to new de-escalation and crisis intervention methods. 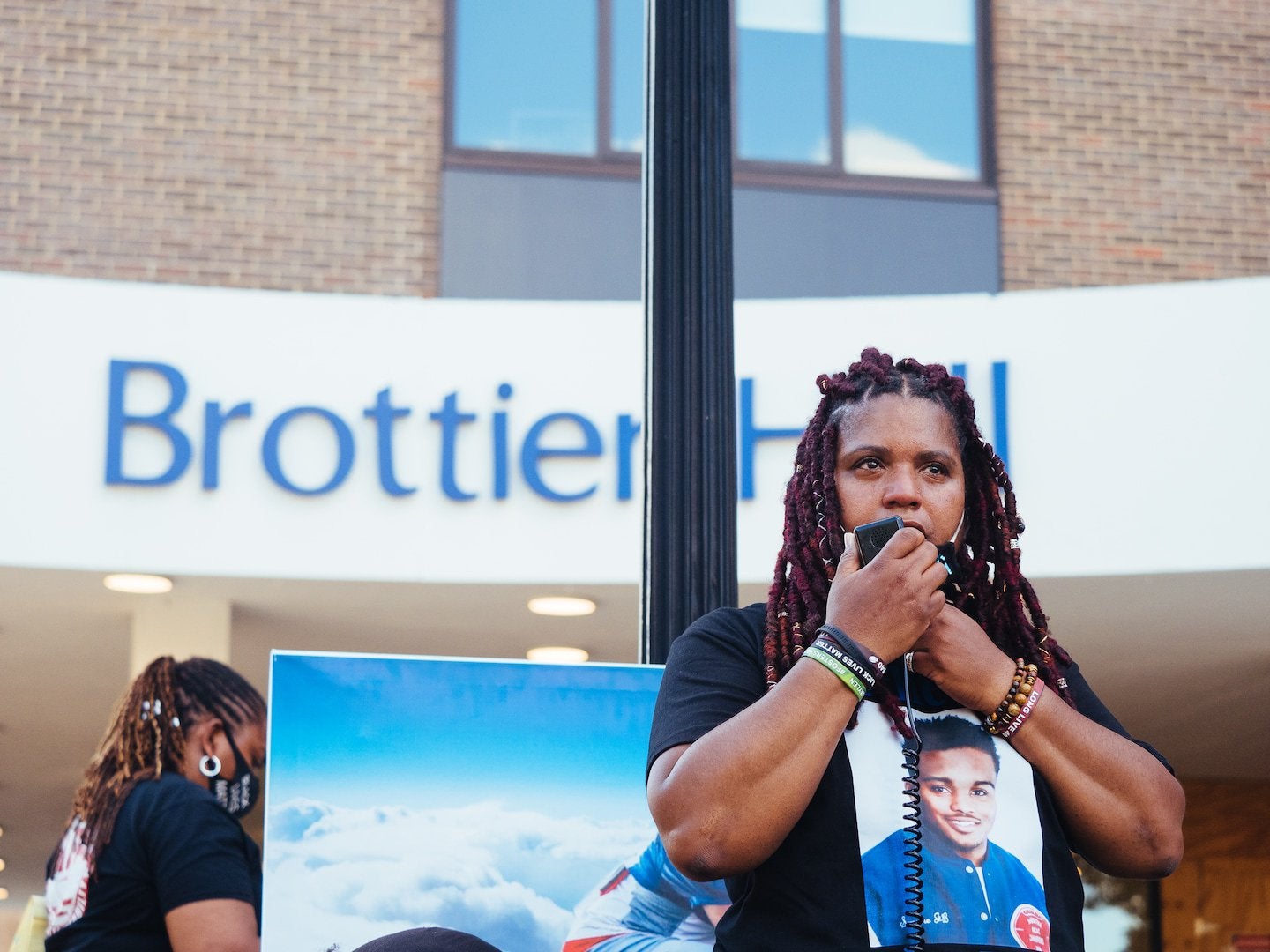 Her demands have been set: She wants a truly independent investigation with her own private investigator, without the confines of a non-disclosure “hush” agreement. She wants body cameras to be used to their full capacity in interactions with campus police, and finally she wants a reform of campus police protocols for crisis and mental health responders. Instead of meeting her requests, the school has spent their time vilifying her to freshman students in a statement condemning her peaceful presence on campus. She has been met with hostility at every turn, with the university going so far as to accuse her of disrupting campus life and breaching Covid-19 measures. The peaceful protests held on campus were socially distant, face masks were required, bullhorns were sanitized,  and no cases of Covid-19 have been linked to the gatherings. 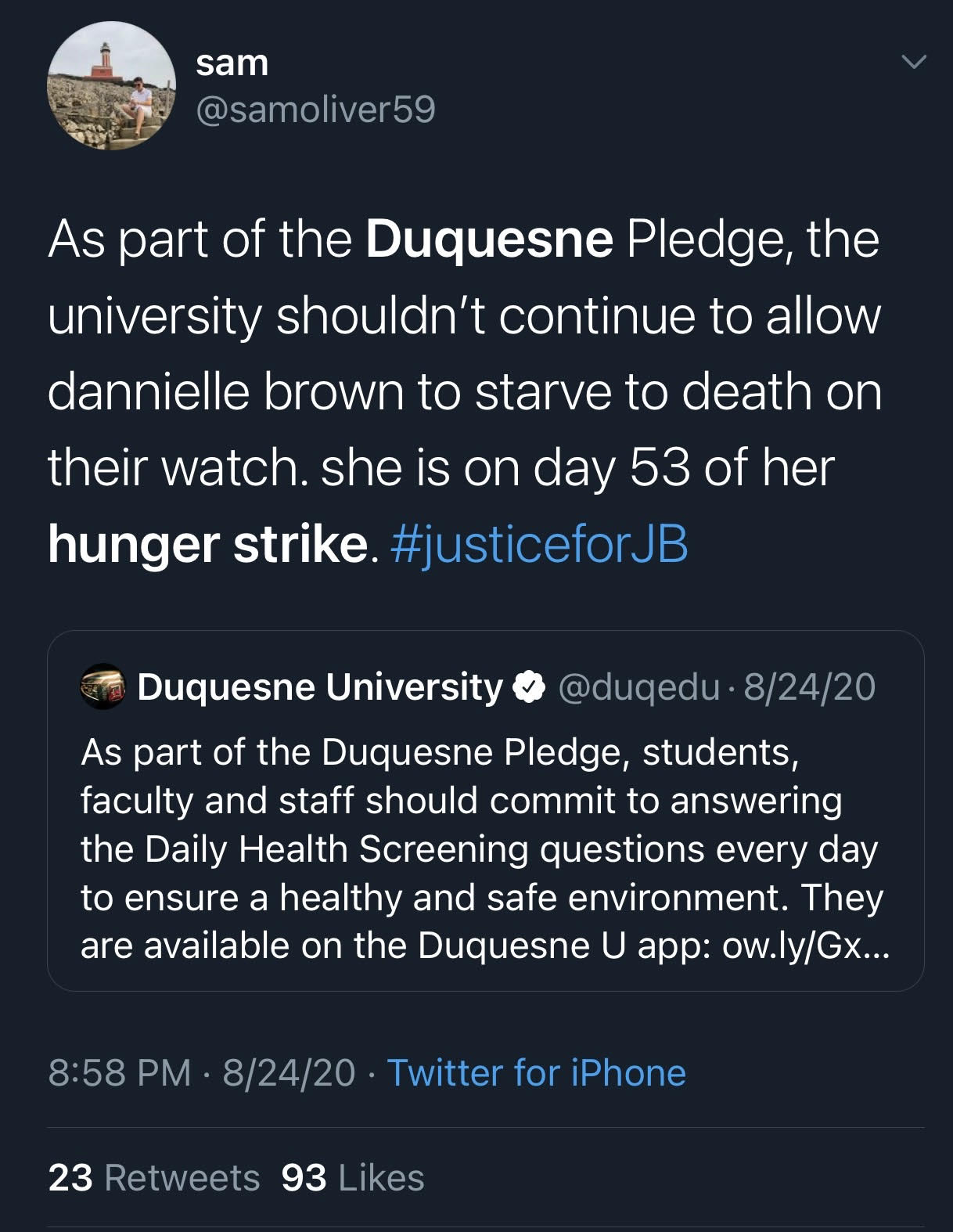 Contributions to her CashApp ($Danniex2) and GoFundMe are still being accepted as the fight for answers will continue until this mother knows her son’s truth. Her priority is ensuring a proper investigation, but she also wants to be clear that her fight for her own child is a fight for every other young person currently attending school at Duquesne University. Dannielle needs the support of our community to apply pressure and bring about change in these campus policies. We are calling on you to contact the school, tweet at them, write to them, and make Dannielle’s voice the strongest in the room until finally she can eat again and seek the answers she needs to go on living.

You must be of legal age to enter this site

This website contains adult material and is only suitable for those 21 years or older. Click Enter only if you are at least 21 years of age.

STAY UP TO DATE

Submit your email to get updates on products and special promotions.